Frontier's anti rust lube - Now infused with real bear oil. This will be a seasonal lube as I have to do the shooting, skinning, cutting and then render the fat which is a process itself. There's only one other bear oil lube offered on the market that I can find and of course, its mixed with beeswax and other stuff to add as a filler.

When you buy a 5oz tin of the new lube, inside is 1/4 cup of bear oil mixed into the lube. Its a TON of bear oil in such a small jar. This makes a nice soft lube that breaks down very easily under your fingers and is nice and slick. With the addition of my anti rust lube, its just a great overall lube for hunting and target shooting. 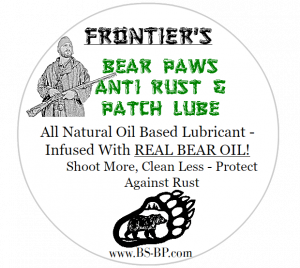 I have 20, 5oz tins available guys. This is some gorgeous looking lube! I'll take pics tomorrow.

For now, here's the feller that donated all the fat. 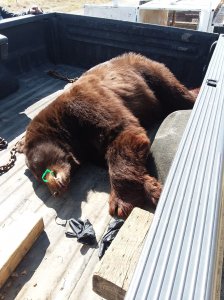