We have all seen the pictures in history books of the British Grenadier (American Revolutionary War), supplied with the English version of a grenade, have found several accounts of them using this item in New York and Pennsylvania towns (one on display at a Valley Forge, PA museum). The accounts found, didn't give much detail to the damage one of these early grenades was capable of; probably not much more than a 1/2 pound of black powder used to blow a tree stump (more damage to the users ears than the stump, if not place correctly).

There is an interesting grenade from the Civil War, called the "Universal" Model, popularly known as the cylindrical grenade (several are on display at Gettysburg, PA). It was used by the Union Army and manufactured in the Pittsburgh, PA area in small quantities in the era 1863-1865. There was one version, filled with just black powder, and another filled with black powder, metal fragments and a compound much like strychnine. Fire extinguisher bottles are containers that held chemicals. The bottle was thrown at the base of the fire so the bottle would smash and release the chemicals - putting out the fire. Most were made after 1870 and until about 1910. These bottles are rare since they were made to be destroyed. They are often ornate and come in striking colors, so they are very sought after by collectors. A special exploding version - a grenade used to bring down a burning structure, and was also thrown into the burning fire, to aid the fire fighters in controlling the burn. The German's where known to use hand grenades more than any other nation before the turn of the 20th century, iron casings where the most popular during the 1850's through the turn of the century. But then the German's during WWI made concrete grenades. These were produced near the end of the war when Germany was running out of critical materials and used almost anything at hand. The idea of a concrete hand grenade actually dates back to the mid 1800's when the Germans had also produced concrete hand grenades. Concrete has very similar characteristics to cast iron when used as a grenade casing.

Looking in the library, internet and calling a few friends that do a later period of history than the AMM, I found very little on the subject of "grenades" before 1913, most articles, documentation and references start with WWI and go through all the models of grenades that Germany had developed.

As we had thought on the AMM discussion group e-mail, there's not much in the way of good solid documentation on early grenades, in Europe, the Americas or the world. 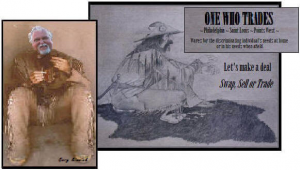 This was a very good read and detials I had no idea about. Thanks for taking the time and writing this up.

Spent a career in US Army EOD. Don't know anything about revolutionary War grenades.

During the Civil War there were two popular grenades, the Ketchum grenade and the Haynes grenade.

For many years i had a like new Haynes grenade. Traded it to a collector for a nice Ruger #3 rifle. .

.
When still having a muzzle-loading store the guy that managed the store was an ex-Navy Seal - Seal Team No. One. Talk about a different mindset - WOW.

Ben was always coming up with some real questionable items; like you say Haynes grenades or tracer ammo, other explosives (never knew where he would find these items). Always had ex -military guys hanging around??? I would wait for a phone call telling me he blew the place up - never happened thank God. He moved on to new ventures and we changed to a wholesale business.
.
You must log in or register to reply here.
Share:
Facebook Twitter Reddit Pinterest Tumblr WhatsApp Email Link