More and more, we are seeing Fox News steering to the Left!
Fox News just removed one popular host off the air for this strange reason Rioting, looting, burning is an act of violence to be met with same!!
This is the BIDEN Democrat Party! Let the socialists defend this

“Oppressors can tyrannize only when they achieve a standing army, an enslaved press, and a disarmed populace.”
Joe Biden’s Radical Anti-Gun Platform That No One Is Talking About

This morning, I realized that everything is about to change. No matter how I vote, no matter what I say, lives are
Click to expand...

never going to be the same.

I have been confused by the hostility of family and friends. I look at people I have known all my life so hate-filled
that they agree with opinions they would never express as their own. I think that I may well have entered the
Twilight Zone.

You can't justify this insanity. We have become a nation that has lost its collective mind!

We see other countries going Socialist and collapsing, but it seems like a great plan to us.

Somehow it’s un-American for the census to count how many Americans are in America.

People who say there is no such thing as gender are demanding a female President.

Universities that advocate equality, discriminate against Asian-Americans in favor of African-Americans.

Criminals are caught-and-released to hurt more people, but stopping them is bad because it's a violation of
THEIR rights.

If a dude pretends to be a woman, you are required to pretend with him.

It was cool for Joe Biden to "blackmail" the President of Ukraine, but it’s an impeachable offense if Donald Trump
inquiries about it.

People who have never been to college should pay the debts of college students who took out huge loans for
their degrees.

Immigrants with tuberculosis and polio are welcome, but you’d better be able to prove your dog is vaccinated.

Irish doctors and German engineers who want to immigrate to the US must go through a rigorous vetting process,
but any illiterate gang-bangers who jump the southern fence are welcome.

$5 billion for border security is too expensive, but $1.5 trillion for “free” health care is not.

And, pointing out all this hypocrisy somehow makes us "racists"!

Nothing makes sense anymore, no values, no morals, no civility and people are dying of a Chinese virus, but it is
racist to refer to it as Chinese even though it began in China.

We are clearly living in an upside down world where right is wrong and wrong is right, where moral is immoral
and immoral is moral, where good is evil and evil is good, where killing murderers is wrong, but killing innocent
babies is right.

Wake up America, the great unsinkable ship Titanic America has hit an iceberg, is taking on water and sinking fast.

The choice is yours to make. What will it be? Time is short, make your
choice wisely! “
Click to expand...

Mossie, there is no denying it! Everything you said is true! The Biden crowd wants everything for free without having to work for it. Biden will raise taxes on the rich and corporations, and that will send jobs overseas...jobless rate will skyrocket. But that's what the Communists wan. They want the people dependent on big government...in other words, they want slaves! 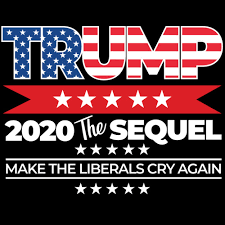 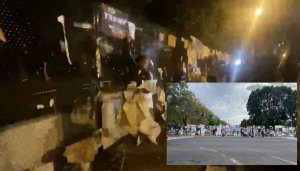 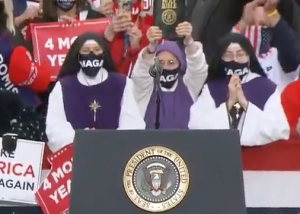 Biden showed up, but when he got to close to the bible, he started melting.

For the Record, When i “Like” ML48s Posts in here, I am not doing so because i Like what’s going on in many of them, I am ”Liking” Because ML48 is a PATRIOT, He stands up for what is Right, I have the UTMOST Respect for him for doing it!!

Hey Mossie, that's a good and accurate list that describes most of what Christ predicted for the end times. If you took a poll, you would surely find that probably all of the democrats that buy into these lies are nonbelievers and even God haters. Christ said that in the end times he would give these people over to a reprobate mind and that they would believe a lie and that good was evil and evil was good. This nation of ours is the last stand for freedom, liberty and the right to do good in this entire world system. The next world system to come is satans one world system. Reelecting Pres. Trump will delay it for at least four more years. But it will come, Christ has predicted it in his Revelation,"the last book in the Bible. I'm sure that Trump will win because God has more for him to do concerning Israel.
After this, the one world system of satan will start to take form and the believers in Christ will be raptured out to be with the Lord. The Holy Spirit will leave also, thus allowing satan, to take over and reveal the man of sin, to rule the world system for him. God will then bring 7 years of tribulation to this earth," you DO NOT want to be here for that", before Christ returns to destroy the wicked. I'll be gone home with God before this happens in the rapture. You can be too. Get a King James Bible, pray to God for understanding and READ it. Please do it today and accept Christ as your savior. Hey, we don't know what tomorrow will bring, you could die today. Get saved before it's to late.
This has been laid on me too. Go to Blaze TV and watch Phil Robertson on In the Woods with Phil. He's a good watch for people who don't slant towards religon. I've never met any of you guys, but I like ya'll and I'll be praying for you. Before the end comes Boys, remember to head for the round house, They can't corner you there.

Idaholewis said:
For the Record, When i “Like” ML48s Posts in here, I am not doing so because i Like what’s going on in many of them, I am ”Liking” Because ML48 is a PATRIOT, He stands up for what is Right, I have the UTMOST Respect for him for doing it!!

You guy’s on here have seen me Express my Feelings in these Political Threads, And know i stand on ML48s side 100%
Click to expand...

Lewis, thank you so much for your support. I won't take a knee to anyone but my creator and out fallen. Lewis is also another great Patriot, as are all of you who love our Country and don't want to see it detroyed by the Communists Democrats! Mossie, Rusticbob, Mark1945, Clayguy, etc. and to all the rest of our un-named Conservative Patriots, pray for our President and our Country. 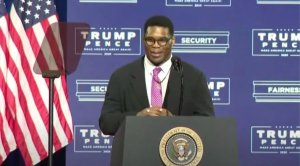 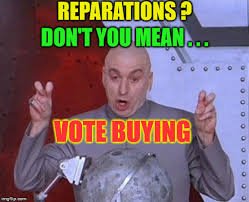 Video: 'Ballot chaser' caught bribing and changing votes
'If I go to prison, I do not look cute in stripes'