Menu
Log in
Register
Install the app
You are using an out of date browser. It may not display this or other websites correctly.
You should upgrade or use an alternative browser.

Just like it says on the bottle. A wet patch, but not dripping. Lubed just before loading.
S

Mr Flintloks works without wiping ...BUT... Last week I was interrupted for about an hour. When I loaded the next round it was gritty, binding getting hard to load. Guess was drying out

That's why I just use it for the range. It seems to have a lot of alcohol in it, and dries out.

I'll stick to mink and bear tallow for hunting.

For several decades, I've used a tallow + beeswax patch lube.  Works as well or better than the commercial lubes, and beef fat is available for free at most meat counters.

A few months ago I made a 1:5 mix of castor oil and denatured alcohol for producing 'dry' patches. Soak the patch material, then allow the alcohol to evaporate.  The result is a patch with a fine and even distribution of castor oil throughout the material.  Balls load easily, and there's no excess lube to coat the barrel and accumulate fouling.

I'll continue to use my tallow/beeswax blend for cap & ball revolver wads.
B

Have had several asked what was the mixture for "Powder Hawk's Pride" that we marketed for almost 25 years in the mid-west. This was a good retail item that was handled in CO, WY, NV, NM, KS and a few other states from the early 70's until we closed shop in 2000.

The inventor was a died-in-the-wool muzzleloader by the name of Kermit "Powder Hawk" Trustem. He was always trying to improve on his shooting supplies. One day he came into my store and asked me to try his newest idea, we when to the range about 100 yards behind the shop and did as he asked. I was impressed over several of the other products we were handling. I order several cases of his "Powder Hawk's Pride" lube, with one case being in the smallest bottle he offered.

Within a few days he brought my order, I had already complied a bunch of small boxes labeled to dealers for samples in a five state area. It took about 2-3 weeks and the orders started coming in which lasted for many years. Dixie Gun Works wanted us to sell to them, (what they were willing to pay was less than the cost to make). That was a wash...

All you have to remember is "911", we all have that combination burned in our minds already. 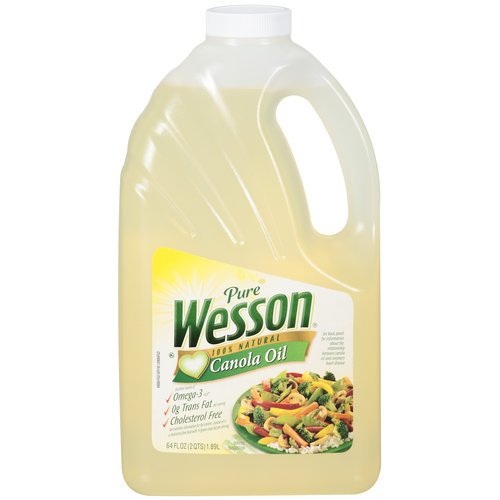 Always been told and I've also read same that any artificial lube aka petroleum based product does not go good with blackpowder. Wife knows to not let me run out!

If you kill a bear....I want to buy some fat from that critter as this is what the ODG swore by!
B

When weather turns very cold to the freezing point, you can add 2 shots of Alcohol to your GUT to prevent you from freezing.
Click to expand...

I worked all my young life in my dads machine shop. We used a water soluable for a cutting fluid. He called it Goats Milk. I thought it might be the same stuff as Moose Milk but from what I read here it is not.

Water soluable oil is made to be mixed 20/1. One part oil to 20 parts water. I use about 12/1 mixture. This is all I have used for a patch lube and gun cleaner for over 20 years. I does not turn hard from BP shooting as some have stated. I can shoot shot after shot after shot with no bore wiping.

I have never had rust in my barrels even after sitting for a couple of years with no maintinance. I have made the offer that if you are near Burleson Tx you are welcome to come by and run a rod down any of my barrels. You will find no rust. And I will give you a small bottle to make own with.

We machined mostly cast iron parts. Nothing rust like freshly cut cast iron. But this coolant when it dries leaves a slightly oily film that prevents rust. It works the same on the guns. I wipe off around the bolster or drum. All the fouling just wipes off and the salts are removed. I haven't sucked water up a barrel in years.

To lube patches I put them in one of those round plastic snuff containers about 20 at a time. Then I squirt enough to make the patches damp but not sloppy wet. Just like a spit patch. If anyone tells you it will not work its because they read it on the internet and have no first hand experience. Water soluable oil can be bought at a tool store where you buy taps, reamers and other such stuff. When I bought mine I paid $20 for a gallon marked Wynn's. Thats enough for 12 gallons the way I mix it. Just my thoughts.
B

For years there was a product called "PowderHawksPride" the ads read "Water, Water Soluble Oil, Goop Hand Cleaner" didn't give you the amounts of any of the items. This gentleman (poor description for him) knew him for 40 years, first met at Friendship in the early 70's peddling his "cleaner, patch lube products". He ran those little one liners in most of the sporting magazines classifieds, made a lot of money off his products along with other muzzleloading items he always seem to have. I think I still have about 3 gallons of it in the shop, use it on anything I want to clean. On his death bed he gave me his recipe (amount of each item along with a few gallons of legal sperm oil 1960 dated (now illegal). You wouldn't believe what I have been offered for the sperm oil by Jack Gardener and a few other old timers, fun to tease them with waving a can in front of them.
B

I have never seen any whale oil but would like to see what it feels like. How does it compare to the artificial whale oil?
B

I just use a mix of 1 shot-glass Ballistol and 7 shot-glasses of water. I soak patch material and then leave it to dry horizontally. All the water evaporates and leaves only the Ballisol (oil).
B

Worked for Purina in Denver they were the dist. for this product. I dated a nurse that used Bag Balm on her hands. Never found out if she used it elsewhere, her husband came home from the military.....   :suspect:
B

Is that GoJo had cleaner a liquid or a paste?
B

bronko22000 said:
Is that GoJo had cleaner a liquid or a paste?
Click to expand...

a paste that breaks down with warm water to liquid form.

I've tried the Ballistol and water dry patch lube, but you have to wipe between shots with a patch wet with Moose milk or something like that. For those who haven't tried it, Ballistol smells pretty much like vomit. I've found that one can do the same thing with Hoppe's Number 9 Black Powder Bore Cleaner and Patch Lubricant (used to be <a href='/tags/9' rel='nofollow' title='See all tagged subjects with: #9'>#9</a> Plus, which was easier to type). I also use it as a damp patch lube without having to wipe between shots. I generally use that in my .32 Pedersoli Frontier and can shoot several shots without wiping (never actually counted).

I load 3-4 balls in a loading block with Hoppe's dampened patches. They will dry out, but I've not had any trouble loading a follow-up shot in my TC Hawken .50 cal. For deer hunting, one or two shots are about all you're going to shoot anyway.

It works for cleaning as well, although I'm not sure it's an improvement over hot water with a drop of Dawn. Oh, and it smells like Hoppe's <a href='/tags/9' rel='nofollow' title='See all tagged subjects with: #9'>#9</a>, which I much prefer over vomit.  :Red tup:
B

I have been looking for an article written by a research lab that did a lengthy study on animal senses. How they would react to some smells over others. I talked to a doctor on the subject at Colorado State University in Ft. Collins CO. years ago about this. He gave me the article that the university had published a few years before when talking to him.

After reading the information several times I realized that a few friends were using what was stated. They were successful bow hunters, filled their tags every year and got really close to their game. The secret was "odor" - animals can pick us up my anything we use or have on us. Example: clothing, soap you use to bath, underarm deodorant, smoke from the camp fire (smokers), your body waste, the food we eat and of all things cleaning solvent we use on our weapons (patch lube included, Hoppe's was listed). The list made you feel "like why bother". . ..

The bow hunters washed themselves and all their wearable items in Arm & Hammer's products (they had an off white on their skin), funny to see but they were successful).

Since that first encounter with such ideas I got real friendly with the successful bow hunters to find out what they did different than muzzle-loaders. It was all of the above mentioned items they look after and try to avoid. Now there's the cloths wash, scent tabs, scent wraps for our feet and so on.

I'll keep looking for the article (in the process of packing to move, so it may have been already packed).

Thanks, it's been years for me since I owned a traditional muzzleloader... just getting back into it again.
T

this would make for a great sticky.

Can Anyone tell me what is the ingredients of frontier patch lube, or where I can buy it? I was using moose milk, but I had a patch come out and start a small grass fire so I'm looking for something different.
Thanks guys.
Squint
You must log in or register to reply here.
Share:
Facebook Twitter Reddit Pinterest Tumblr WhatsApp Email Share Link

Register today and take advantage of membership benefits. It's FREE!

Did you know that registered members can turn off the ads?

Thank you! Please check your email inbox to continue.
There's already a member associated with this email address. Please log in or retrieve your password.
Already a member? Click here to log in
Top