Anyone have any experience with the "TACTACAM"? A bit pricey, but seems to do a great job of video.
Very compact also.

muzzleloader48 said:
I have the 1847 Colt Walker .44 repro. Surprisingly, a very accurate revolver. Haven't shot it very much, but, believe I will start more shooting with it. Need to find it's sweet spot. I may experiment to see what range I can get to with accuracy.
Click to expand...

I have a Walker as well. Problem is, renting the fork lift to pick it up and take it out of the safe gets expensive.
As heavy as it is, it really isn't all that troublesome to shoot. My shoulder gets a bit shaky after several shots. 4 pounds doesn't sound like a lot, but it does get heavy quickly.
Ron

RonC said:
I have a Walker as well. Problem is, renting the fork lift to pick it up and take it out of the safe gets expensive.
As heavy as it is, it really isn't all that troublesome to shoot. My shoulder gets a bit shaky after several shots. 4 pounds doesn't sound like a lot, but it does get heavy quickly.
Ron
Click to expand...

The 1847 Walker weighs in about the same as my Ruger Super Redhawk .44 mag w/9.5" barrel. About 3.5 - 4 lbs.
Definitely a pistol that you don't want to hold up for any length of time. What surprised me was the accuracy of the Walker...very good.
I have a chest holster for my Ruger Super, and I believe I'll use that for the Walker also.
That Walker is a beautiful gun any way you put it.
UPDATE: RUGER SUPER REDHAWK-3.3LB
1847 WALKER - 4.5LB
Last edited: Sep 11, 2020

The Walker always struck me, not literally of course, as to big and heavy for anything except as a horse pistol, which it was designed to be anyway. The Remingtons, Colts and Rogers & Spencers were more to my liking.

muzzleloader48 said:
I'm contemplating taking my Super Redhawk to our gunsmith and have him install a custom muzzle brake. Taking this pistol deer hunting this year.
Click to expand...

Changed my mind on the muzzle brake. Decided against it. It's heavy enough and don't need the flash & noise like the ole 105 recoil-less rifle.

muzzleloader48 said:
Finally after over 20 years of owning this Ruger Super Redhawk .44 mag, I'm going to due a trigger job with the Wolffs spring kit and shim kit. The current SA trigger pull is around 7 lbs. and the DA trigger pull is around 12 lbs.
The kit should get my SA pull down around 3 lbs. which is much more acceptable. Then we take it for deer on the eastern Colorado plains in Dec.
Click to expand...

muzzleloader48 said:
Got the springs in yesterday for my Ruger Super Redhawk, .44 mag, 9.5" barrel.
Installed the springs today with help from Jon & Stan. This made a significant difference. Took very little time to do.
Will do the hammer, trigger, and hammer dog shimming, when they come in.
Click to expand...

I also noticed wear by the trigger and hammer housing. Shimming should take care of that and also will be a smooter pull on hammer or trigger. Got the shims in a couple days ago. After muzzie season will complete that task.

I've never liked muzzle breaks. They produced so much noise that a shot 2 miles away sounded like it was 50 yards away. Some folks are just too afraid of recoil and will do anything to soften it a tiny percentage.

Hanshi said:
I've never liked muzzle breaks. They produced so much noise that a shot 2 miles away sounded like it was 50 yards away. Some folks are just too afraid of recoil and will do anything to soften it a tiny percentage.
Click to expand...

You're right about the sound, extremely deafening. However, a muzzle brake can lessen recoil substanially. I had a Winchester model 70...pre64 in 30-06, many moons ago. The recoil was really harsh on that rifle, actually seemed worse than the recoil from my issued M14. Took it up to the local gunsmith who did a gorgeous job of marrying up a brake to it. If you didn't like it, it was easy enough to unscrew it and store it. However, after I got it home, I went to sighting back in. I guess I anticipated the recoil, and when I squeezed off the first round, it just wasn't there. Surprised the hell out of me. That calmed that "06" done like an M16. you could literally shoot a box of shells without developing shoulder shock.

I don't think they are afraid of recoil, but, there is no reason not to take as much of it out of the picture for accuracy and comfort. However, there truly are better ways than a muzzle brake. A suppressor would do the trick nicely and expensively.

All of the above is true. We translate muzzle blast into felt recoil. The best way to mitigate recoil is good hearing protection as I've told many. I have about 12 Ruger #1s & 3s (pale in comparison to Bucks assembly) and was wanting a 35 Whelen in a sgl shot. I found CVA was now making a breakover sgl shot in this caliber at 1/3 the cost of a #1 so I bought one. It came with a screw on muzzle brake and when I started fire forming new Win brass with GC cast Round Flat Nose bullets the noise was painful as I hadn't put on my muffs yet, just to check primer, extraction etc. I'm glad they included a thread protector 'cause I took off the brake and then used hearing protection and the recoil was much more manageable than the concussion. Fun project and a great "all round" cartridge here in the mountains ( or anywhere else for that matter) I do have one on my 375 Weatherby #1 and it needs it ! Back to topic: I have Blk Hwks with trigger jobs, spring kits, free spin pawls etc and love'um all. I'm looking forward to using my new model SBH but don't think it's gonna take the place of my Custom 45 LC or 41 for hunting large game. I shoot cast 80% of the time in all of my wheel guns and am comfortable using them on Elk etc. at reasonable ranges. Just like using PRB you have to "injun up on'em" LOL.....Mossie

When i do go handgun hunting for deer i almost always take one of my Gen 1 contenders. Either the Super 14 in 35 Remington or the 10"bull in .357 Max Mag. or the 10" bull 7 mm TCU. The TCU is a pleasure to shoot. The Max Mag has very noticeable torque when fired. The Super 14 in 35 Remington is just darn right brutal after 5-10 rounds. But on that 1 deer shot you never know it.
DL

Desperate Lee said:
When i do go handgun hunting for deer i almost always take one of my Gen 1 contenders. Either the Super 14 in 35 Remington or the 10"bull in .357 Max Mag. or the 10" bull 7 mm TCU. The TCU is a pleasure to shoot. The Max Mag has very noticeable torque when fired. The Super 14 in 35 Remington is just darn right brutal after 5-10 rounds. But on that 1 deer shot you never know it.
DL
Click to expand...

DL,
You are quite correct. When ever you have your target in sight, you never feel the recoil.

All my Contender barrels have a muzzle brake. I bought the whole bunch for a super price several years back from a FBI Agent 1 Contender frame and 6 14in Barrels all with scopes for 1000.00 bucks ,Im kinda use to the noise now so its no biggie to me.

I've owned a couple of .375 H&H, a .338 Win mag and a .458 Win mag. I'm not that tough and immune to recoil, and that requires qualification. One .375 was a really nice Win M70 and the other was an incredible Belgian Browning, which I foolishly let get away from me. The .338 kicked worse than the .375s with a 3200 fps 200 grain bullet handload. About the only time I ever got "hurt" by recoil was shooting the super-pickers off a bench. I've fired a rifle in .50 BMG from the bench and enjoyed it. But that .338 was a carnivore! And it was evermore accurate with my handloads. I owned it for more than 30 years and killed deer with it,and only sold it recently. I've also fired my other rifles off the bench for many rounds with no complaint at the time. But (occasionally) the next day I'd notice shoulder bruising and soreness. I've also owned a Remington 700 classic .350 mag for over 35 years and killed deer (mostly) with a 200 grain handload at 2700 fps. Light rifle and some don't like the recoil, but to me it was fine. With 250 grain bullets - also took deer - recoil was more noticeable but still very moderate. I did experiment with stronger loads that were equally accurate but ultimately unnecessary, IMO. My 45/70 has only one load, a 400 grain sp at 1800 fps. It gets one's attention with the first shot. But again is comfortable to shoot though rather light in weight. Some get tiresome with only 20 rounds (+ or -) when shooting off a bench but I usually don't notice until the next day. I've never had problems with revolvers even .44 mags. Due to arthritis I can no longer shoot dozens of rounds without my hands hurting. Odd, maybe, but the .357 mag seems to have the sharpest recoil of anything I've fired from heavily loaded .45 Colt on down; and I'm a huge fan of the .357. 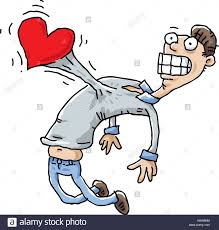 A few years back I shot a small buck at about 40 feet. Hit him right in the neck and he folded up like a cardboard suitcase. The pistol I used was a Uberti Cattleman .45 lc. That was before digital pictures, so I probably don't have anything but memories.

I've shot several deer using neck shots. Thing is, all but one of them was by accident. A good example is a buck I killed with a .41 mag and a cast bullet. The distance was measured in feet, not over 20' I'm sure. I aimed just behind the front shoulder at the heart/lung area. When I fired the buck dropped DRT. The bullet hit him in the neck on the OPPOSITE side! He must've twitched in an eye blink. That's happened to me on a few muzzleloading deer as well.

My deer, even though shot in the neck, did not get hit there on purpose. There was a tree branch about halfway that I hit with 3 shots and I just continued to lower the sights as he tried to figure out what was going on. Thanks to him being a spike horn, he didn't know enough to run. It was a delicious mistake.

A contender can handle a good bit more than I can.
The brakes help but not enough to matter.
I prefer an uninterrupted pressure curve to the muzzle.
Furniture design that considers footprint of backthrust and grip features definitely makes a difference.
Last edited: Nov 13, 2020