A few jokes in our troubled times ...

SUBJECT: A few jokes in our troubled times ... 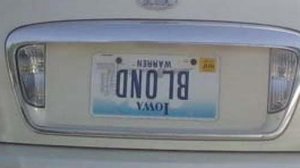 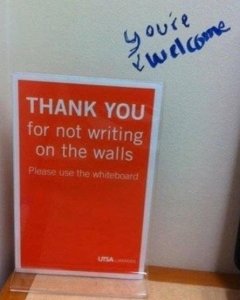 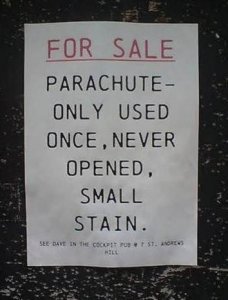 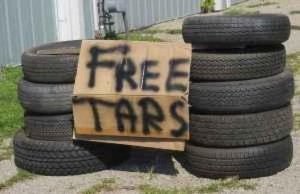 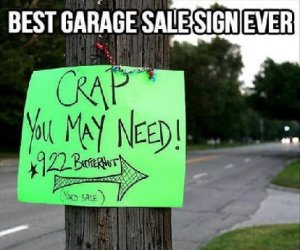 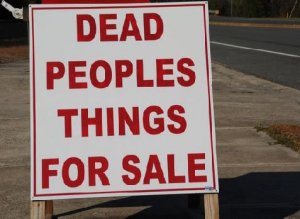 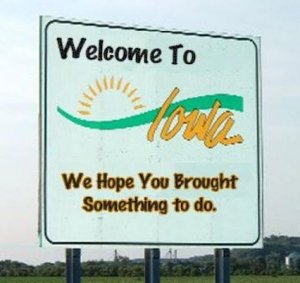 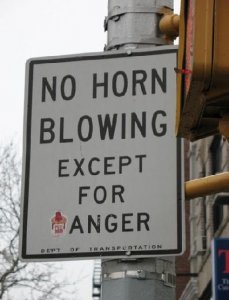 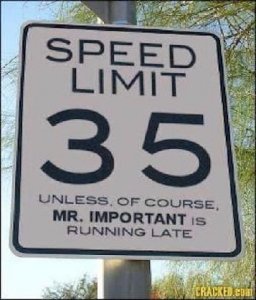 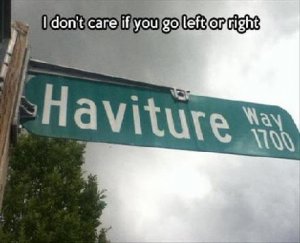 There was this city slicker who wanted to try hunting with a muzzleloader. The clerk at the gunstore wanted to have some fun with the "newbie". So whenever he asked a question the smart aleck clerk made up all kinds of crazy answers. The newbie decides to buy a double barrel m/l shotgun and asked the clerk "How much powder do I use?" The clerk said "Two fingers worth". So newbie gets all his gear together and heads for the woods. He loads up and gets settled. He spots 6 deer so he aims and fires. Other hunters nearby hear a horrendous explosion and rush over to see what happened. Newbie is unconscious, nose bloodied and some teeth knocked out. The gun is nowhere in sight. But hunters see 4 dead deer close by. "What happened to you?" they asked. Newbie wakes up and says "I did just what the storeclerk said; use two fingers of powder. So I stuck a finger in each barrel, marked it and filled the barrel with powder up to that mark and if had had room for the shot I could have got those other two deer"
P

Ba-da-boom! That reminds me of the old Johnny Carson bit (Carmack) The answer: "sis boom bah" The Question: Name the sound a sheep makes after it swallows a bomb
C

I hope these are not too "adult" to post. 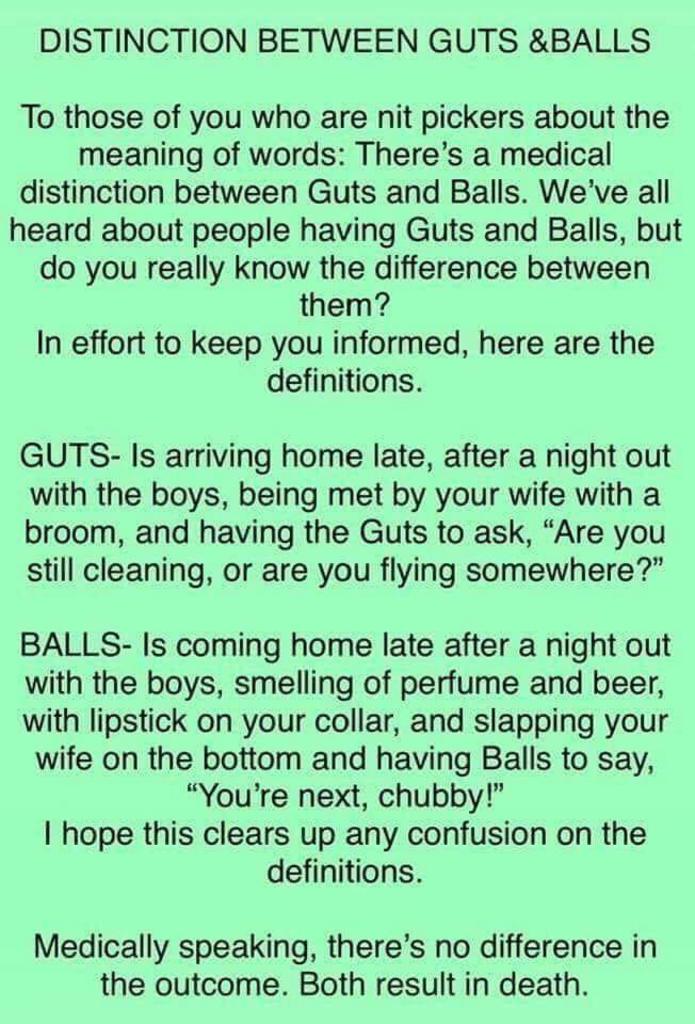 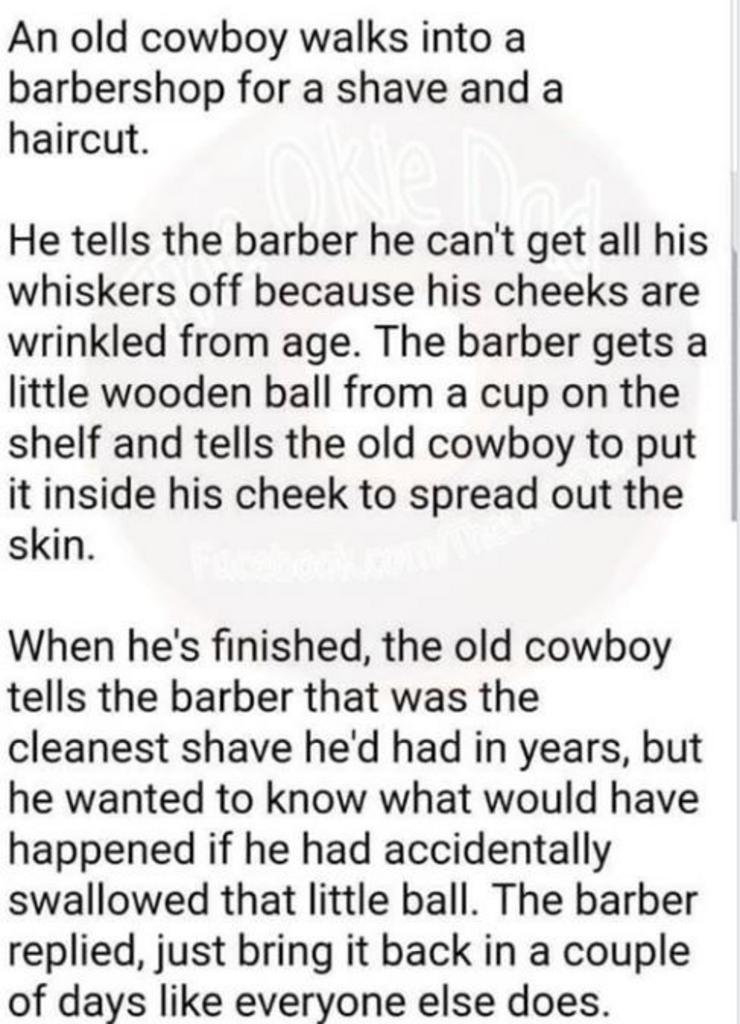 Two guys get together, pool their money and buy a store. For weeks they're busy cleaning up and fixing, getting shelves and display cases, ordering merchandise and such. Onlookers were always stopping by and interupting the work; asking questions and generally being nosey. One day an old timer walked up and started asking questions "What air yew fellers sellin' in this h'yar store?"One of the owners snapped and said "Idiots and they're on sale!" The old timer looked around, surveying the scene carefully and replied "Wall yew must be a-doin' purty good with yore sale Ah see ya only got TWO LEFT"
L 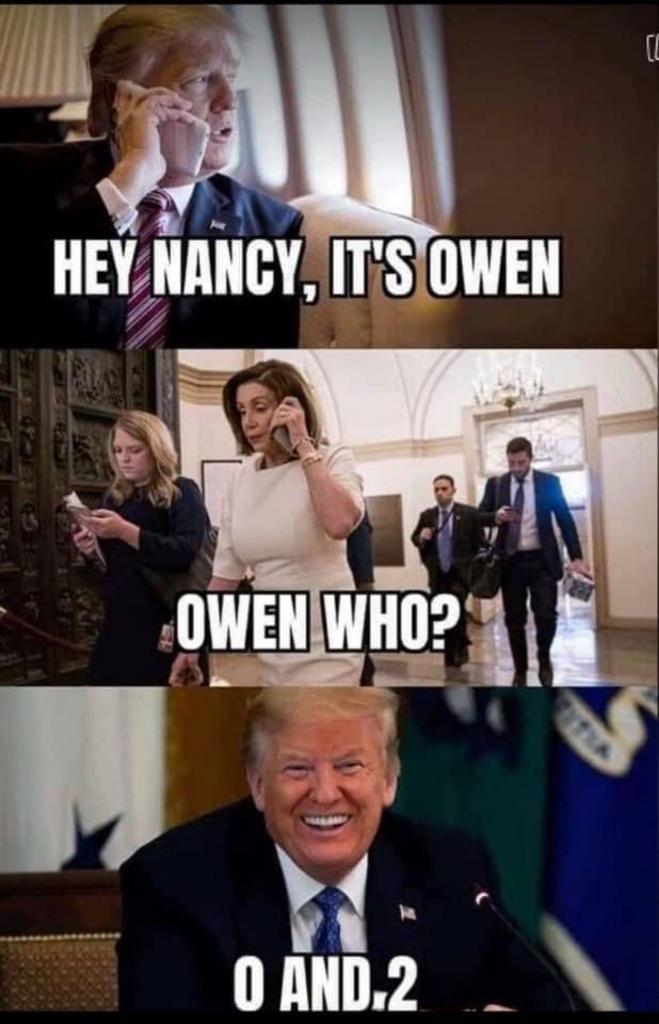 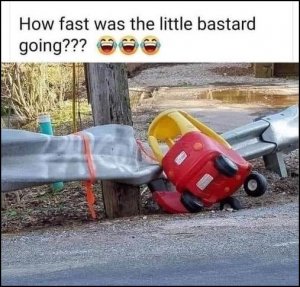 Didja hear the one about the six sailors who drowned during a burial at sea ceremony ? THEY DROWNED WHILE TRYING TO DIG THE GRAVE.

Ruffles and Flourishes be seated !(Oops wrong movie)
Those "Fred Flintstone" foot powered cars are just toooooo dangerous. Get 'em off the road! This is another reason why you should always take "nap time" before a long trip And most important of all NEVER FISHER PRICE AND DRIVE AT THE SAME TIME.

We are all hunters at heart so here is this: 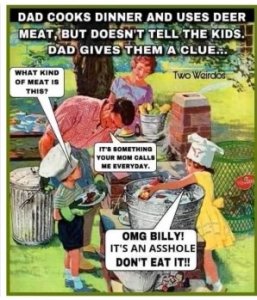 How do you turn beef stew into gold

a guy was sitting at the bar looking at his beer, when a big burly biker type guy walked in and walked over to the guy and grabbed his beer and swilled it down, then he said to the guy just what are you going to do about that? the guy said let me tell you what happened to me today, I got up and went to work and was told I was fired, then I went out to the parking lot and found out that my car was stolen, so I hailed a TAXI, and found out that I had lost my wallet, so I walked home and found my wife in bed with a guy, then I came here and told the bartender what happened and he gave me a beer, and I was just setting here waiting for the poisen pill to dissolve so I could end my life, but enough about me. how is your day going???
H

Skeleton walks into a bar. Bartender says, ''what can I get ya?".
Skeleton says, "I'll have a beer and a mop".
T